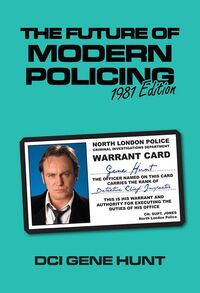 The Future of Modern Policing: 1981 Edition is a factual book written by Guy Adams in 2008 which serves as a potential sequel to The Rules of Modern Policing also by Adams. It presents the changes and the possible future to the police from the perspective of DCI Gene Hunt in 1981 to coincide with the first series of Ashes to Ashes.

Retrieved from "https://life-on-mars.fandom.com/wiki/The_Future_of_Modern_Policing?oldid=7410"
Community content is available under CC-BY-SA unless otherwise noted.