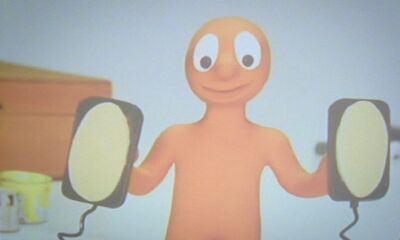 Morph was an animated plasticine character who appeared with Tony Hart in the children's art television programme Take Hart from 1977 to 1983. Morph also appeared in several other programmes, when Take Hart ended, and enjoyed cult status.

In 1982, Morph appeared to Alex Drake in her television, representing a doctor in 2008. After one attempt to defibrillate Alex, Morph refused to do it again as Alex had given up. He then morphed into a flatline on the screen. (A2A Series 2: Episode 3)

Retrieved from "https://life-on-mars.fandom.com/wiki/Morph?oldid=10914"
Community content is available under CC-BY-SA unless otherwise noted.