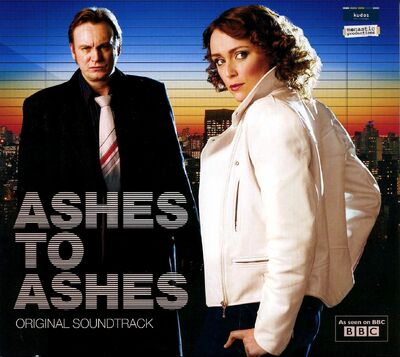 Ashes to Ashes: Original Soundtrack is a soundtrack album released on 17 March 2008 featuring songs from series one of Ashes to Ashes as well as dialogues, instrumental songs and the title music. The record label of this soundtrack is owned by Sony BMG. The soundtrack features popular punk and new wave songs in 1981 including Visage and Ultravox. and Ashes to Ashes by David Bowie is also featured respectively.

Retrieved from "https://life-on-mars.fandom.com/wiki/Ashes_to_Ashes:_Original_Soundtrack?oldid=7399"
Community content is available under CC-BY-SA unless otherwise noted.