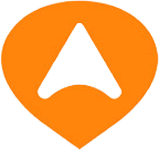 Antena 3 is a Spanish television channel owned by Antena 3 de Televisión. Airing some of Spain's most popular programmes, it has the third highest audience share of the country. In 2009, it aired La chica de ayer, the second remake of Life on Mars.

In February 2008, Antena 3 bought the rights from the BBC and declared that the programme would be set in 1977 due to the political changes in Spain during the time. The programme aired from 26 April 2009 to 14 June 2009. Following a poll on the official website, Antena 3 announced that a second series of La chica de ayer would not be produced.

Retrieved from "https://life-on-mars.fandom.com/wiki/Antena_3?oldid=7666"
Community content is available under CC-BY-SA unless otherwise noted.