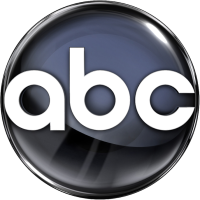 The American Broadcasting Company is an America commercial television network which broadcast the American version of Life on Mars starting in 2008.

ABC is The fifth oldest major broadcasting network in the world and the youngest of the "Big Three" American television networks. ABC launched as a radio network in 1943, created from the stations of NBC Blue Network. It went into television in 1948, following the lead of the established broadcast networks, CBS and NBC. In the late 1990s, ABC was acquired by The Walt Disney Company.

Retrieved from "https://life-on-mars.fandom.com/wiki/ABC?oldid=11224"
Community content is available under CC-BY-SA unless otherwise noted.